Ensembles under Professor Whitwell’s leadership have performed at high profile events and conferences, including the College Band Directors National Association Convention, the Texas Music Educators Association Clinic-Convention, and the Midwest International Band and Orchestra Clinic.  Maintaining an active guest conductor, adjudicator, and clinician schedule, he has participated in hundreds of music festivals stateside and abroad, including Canada, Switzerland, Germany, and Mexico.  Professor Whitwell also continues to actively commission new works for wind band, which has led to new music projects with over 50 composers.

Professor Whitwell is a past president of the North Central Division of the College Band Directors National Association, an emeritus member of the Board of Directors of the Midwest Clinic, and past president of the Big Ten Band Directors Association.  Recognition of his contributions to bands and teaching include the Kappa Kappa Psi “Distinguished Service to Music” award, the 2003 Michigan State University “Distinguished Faculty” award, induction into the Phi Beta Mu/Texas Bandmasters Association Hall of Fame, and the National Band Association “Citation of Excellence” award.

Professor Haithcock is a past president of the College Band Directors National Association, serving from 2001-2003 and is an elected member of both Pi Kappa Lambda and the American Bandmasters Association.  He is a graduate of East Carolina University, where he received the 1996 “Outstanding Alumni Award” from the School of Music.  In 2011, he was awarded the “Distinguished Service to Music” Medal in Conducting by Kappa Kappa Psi National Honorary Band Fraternity, which is the highest award given by the organization.

Ensembles under his leadership have received accolades through performances and recordings, including a May 2011 tour of China, and recordings on the Albany, Arsis, and Equilibrium labels.  Co-author of conducting text Elements of Expressive Conducting, Professor Haithcock’s articles on conducting and wind literature have been published in The Instrumentalist, Southwest Music Educator, and WINDS magazine.

His extensive career includes guest conducting engagements in 48 states, 15 foreign countries and visiting professor appointments at over 200 universities and conservatories. Under his leadership, the University of Colorado’s Wind Symphony performed internationally, including at the All-Japan Band Conference, the World Association of Symphonic Bands and Ensembles, as well as multiples times at the College Band Directors National Association Convention.

Professor McMurray is a past president of the College Band Directors National Association and a recipient of the Bohumil Makovsky Award for Outstanding College Band Directors from Kappa Kappa Psi.  Additionally, California State University Long Beach named Professor McMurray a “Distinguished Artist in Classical Music.”  In 2004, he was named the 25th recipient of the University of Colorado’s “Distinguished Professor” award in recognition of his lifetime professional achievement in the teaching of conducting.

Eugene Migliaro Corporon (b.1946) is conductor of the Wind Symphony, Regents Professor of Music, and Director of Wind Studies at the University of North Texas.  This appointment follows a six-decade career which includes positions as Director of Instrumental Music at Mt. Miguel High School and faculty appointments at California State University-Fullerton, University of Wisconsin, University of Northern Colorado, Michigan State University, and Cincinnati College-Conservatory of Music.  His ensembles have performed internationally including at the Midwest Clinic International Band and Orchestra Conference, College Band Directors National Association Conference and Conference for the World Association of Symphonic Bands and Ensembles.

Professor Corporon is a past president of the College Band Directors National Association and a past board member of the World Association for Symphonic Bands and Ensembles International.  He has received the highest national awards from Kappa Kappa Psi, Phi Mu Alpha, Phi Beta Mu, and was inducted into the Bands of America Hall of Fame in 2014.  In 2015, the Midwest Clinic awarded him with the Medal of Honor for his contributions to music education.

Ensembles under Professor Corporon’s direction have recorded over 1000 works and have released over 150 recordings, many of which can be heard on radio broadcasts around the world.  An author to many music education texts, his co-authored series Teaching Music through Performance in Band includes eleven volumes with twenty-three sets of resource recordings by the North Texas Wind Symphony.  This series, which emphasizes the importance of comprehensive learning in the music-making process, is considered one of the seminal texts in wind band studies. 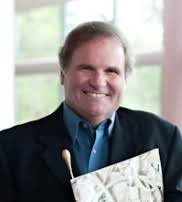 Craig Kirchhoff (b.1949) is Professor Emeritus of Conducting at the University of Minnesota. During his nearly fifty-year teaching career, Professor Kirchhoff has earned many distinctions for his teaching and conducting, including the Ohio State University Alumni Distinguished Teaching Award and guest conducting positions for numerous All-State and honor groups internationally.

Professor Kirchhoff has appeared as guest conductor, clinician, and lecturer throughout the United States, Australia, Canada, Japan, Taiwan, Europe, and Scandinavia. He is a frequent guest conductor of the Tokyo Kosei Wind Orchestra and has recorded with them on the Kosei Publishing label.

Dr. David Whitwell (b. 1937) is Emeritus Faculty at the California State University at Northridge.  During his distinguished career as a performer and conductor, Whitwell has been guest professor at nearly 100 different universities and conservatories internationally, as well as published over 127 articles on wind literature, including his 13-volume History and Literature of the Wind Band and Wind Ensemble, which is considered a seminal source for wind band studies.

He is a past president of the College Band Directors National Association, and was a member of the founding board of directors of the World Association for Symphonic Bands and Ensembles. In 1964 he was made an honorary life member of Kappa Kappa Psi, National Honorary Band Fraternity.

In September, 2001, he was a delegate to the UNESCO Conference on Global Music in Tokyo. He has been knighted by sovereign organizations in France, Portugal and Scotland and has been awarded the highest honor given wind conductors in the United States, the medal of the Academy of Wind and Percussion Arts from the National Band Association. He is a member of the Hall of Fame of the California Music Educators Association.

Professor Cramer is actively involved in clinics and guest conducting engagements nationally and internationally. He has served as regular guest conductor for the Musashino Academia of Music in Tokyo, Japan from the fall of 1990 to the present.

Dr. Hunsberger’s research into the history and development of scoring for wind bands in America has made him the recipient of a number of awards, including the Homespun America: The National Association for State and Local Historians award, the Eastman Alumni Teaching Award and Herbert Eisenhart Award, the Florida State University Wiley Housewright Fellowship, the Crystal Award from the Asahi Broadcasting Company, Osaka, Japan, and the Ehud Eziel Award, Jerusalem, Israel.

He is a past president of the College Band Directors National Association and has served as a member of the boards of the World Association of Symphonic Bands and Ensembles, and the Conductors Guild.

John P. Paynter (1928-1996) was the Director of Bands at Northwestern University from 1953-1996, the second of three people to hold that position since its creation. Professor Paynter served as president of the Midwest Clinic, World Association for Symphonic Bands and Ensembles, American Bandmasters Association, and the National Band Association, of which he was a co-founder and Honorary Life President.

He was a Life Member of the Music Educators National Conference and Phi Mu Alpha Sinfonia. He was also revered as a composer and arranger with more than 400 works to his credit. He received awards from such distinguished societies as Pi Kappa Lambda, Phi Eta Sigma, Tri-M Modern Music Masters, Phi Beta Mu, Kappa Kappa Psi, Illinois Music Educators, John Philip Sousa Foundation, the National Band Association, the School Musician, the Instrumentalist, and the National Association of Music Clubs.

In August 1987, he was selected as one of the inaugural recipients of the Northwestern University Alumni Association Excellence in Teaching Award and on June 13, 1992, he was awarded an Honorary Doctor of Humane Letters degree from DePaul University in Chicago.

He has served on the Standard Award Panel of American Society for Composers, Authors and Publishers (ASCAP) and the National Foundation for Advancement of the Arts Recognition and Talent Search Panel. His many awards include the Ithaca College Alumni Association Lifetime Achievement Award, the New England Conservatory Alumni Association Lifetime Achievement Awards, the Lowell Mason Award from the Massachusetts Music Educators Association, the American School Band Directors Association Edwin Franko Goldman Award, and the Midwest Clinic’s Medal of Honor.

Dr. James Croft (1929-2012) was the Professor of Music Education and Director of Bands Emeritus at Florida State University.He taught in public schools for 21 years mainly in Oshkosh, Wisconsin, and later served on the faculty of the University of South Florida (Tampa) before assuming his position at Florida State University. Dr. Croft has served as President of both the National Band Association and the College Band Directors National Association.

During his career, has appeared as a clinician, lecturer and guest conductor for a multitude of events and organizations, such as the National Music Camp (Interlochen), the Royal Academy of Music (London), the Royal Marine School of Music (Portsmouth), the Central Army Orchestra (Budapest), the World Association of Symphonic Band and Ensembles and the Mid-West International Band and Orchestra Clinic.In 2003, he received the Midwest Clinics Medal of Honor for contribution to the profession.

In 2005, the James E. Croft Grant for Young and Emerging Wind Band Composers was established by the band directors of the Atlantic Coast Conference to provide financial assistance to rising young composition students interested in composing for ensembles of wind and percussion instruments. This grant has continued in memory of his contributions to the profession.

H. Robert Reynolds (b.1934) is Principal Conductor of the Wind Ensemble at the Thornton School of Music at the University of Southern California, where he holds the H. Robert Reynolds Professorship in Wind Conducting.This appointment followed his retirement after 26 years from the University of Michigan School of Music, where he served as the Henry F. Thurnau Professor of Music, Director of University of Bands, and Director of the Division of Instrumental Studies. In addition, he has also been conductor of the Detroit Chamber Winds and Strings for over 25 years.

He is a member of the National Award Panel for the American Society of Composers, Authors, and Publishers (ASCAP) and in 2001 received a national award from this organization for his career long efforts to commission American repertory for the concert band and wind ensemble medium.